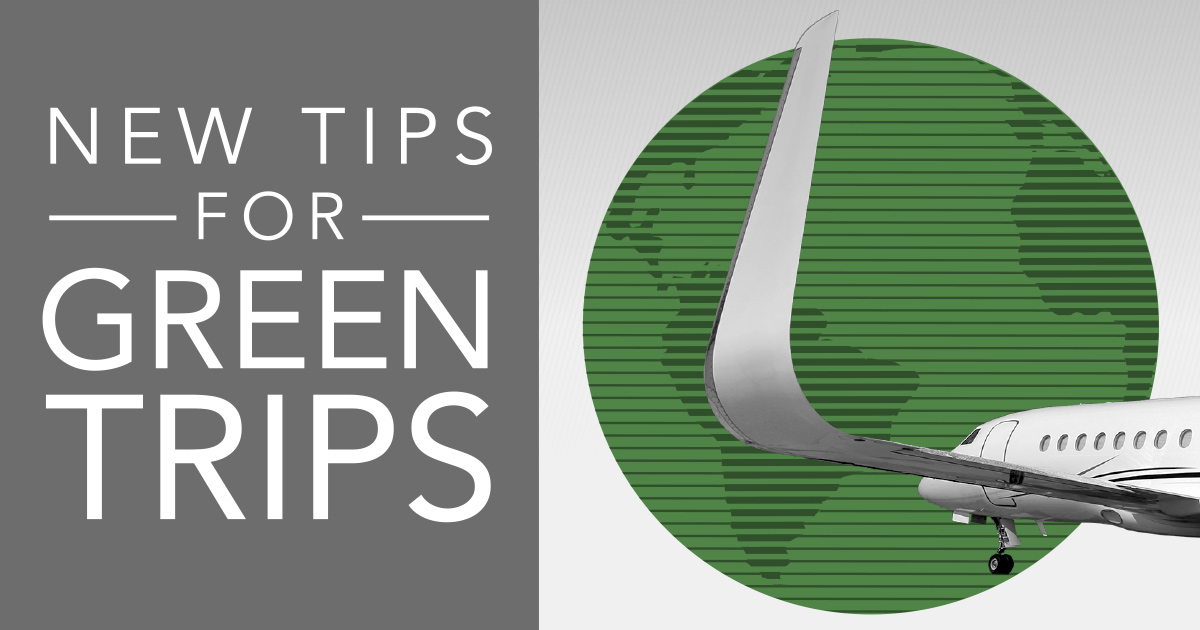 Sustainability is more than a buzzword in aviation now – it’s the marketplace mandate. Flight-shaming has hit Europe and operators in the United States are starting to feel the pinch. Environmental criticism is coming from the public and younger potential customers.

Ed Bolen, president of the National Business Aviation Association (NBAA), has said sustainability is a commitment that will be met through technological progress and a continued focus on reducing emissions.

Getting on board isn’t just a marketing decision for aviation, though. It’s soon to be mandated in the United States. The Environmental Protection Agency announced it will soon finalize its first standards regulating greenhouse gas emissions from airplanes.

Acting Ahead of Regulation

While the U.S. was a notable holdout in the emissions race, the EPA’s standards are expected to be similar to the European Union’s measures to track and offset carbon emissions. Certainly, a new administration in the White House that favors more environmental protection will help shape these.

What steps should operators take to meet a proposed 2028 greenhouse gas emissions standards? The answers, some aviation leaders say, is in Sustainable Aviation Fuel (SAF). But what does that mean? It’s not as simple as parking at an FBO and telling them you want to fill it up with the good stuff.

SAF isn’t something most locations have available. The emissions generated to get to a SAF-available location can more than offset any gains made by actually burning SAF. And then there’s the matter of the price. SAF, when it’s available, can cost up to four times as much as regular Jet-A fuel. Hardly a reasonable choice to make what can amount to a drop’s worth of difference to a sustainability solution.

Until SAF availability improves and prices drop, that solution is no more relevant than a pledge to act nearly a decade from now.

Winglets Drive Fuel Efficiency
Immediate solutions are available, however, and have been contributing to fuel efficiency’s great improvement over the past few decades.

Blended Winglets and Scimitar Tip Blended Winglets are investments Dassault Falcon and Hawker owners can make that actually produce carbon-reducing results with every flight – not just those fueled by SAF. Aviation Partners’ designed Winglets have saved more than 11 billion gallons of fuel and kept more than 118 million tons of CO2 out of the air, since the 1990s. They are no small reason why efficiency has improved by 40% over the past 40 years industrywide.

Winglets are an ever-present, working demonstration of operators’ commitment to the future by flying smarter. The benefits are provable and don’t require faith in a complicated carbon offsetting scheme. This science is tangible and can be seen on the tip of each wing.

The industry is taking notice, as Bolen recently cited winglets as a path to continue reducing emissions. “We’re seeing consistent improvements in efficiency every year,” he told a panel at NBAA’s Sustainability Summit.

The path to efficient travel cannot rely on fuel sources or regulations alone. Fly with a solution while others wait for something to happen.